In Company of One, around page 8, I wrote:

It was a hackathon that led to the creation of Facebook’s “Like” button, which arguably connects its ecosystem to the rest of the internet.

It seems like a fairly innocuous sentence. While it’s factually true and fits into the overarching story, there’s a huge failure by omission on my part.

What I failed to mention is that the Like button is awful. It’s an awful feature from an awful company, from an awful type of product, run by horribly awful leadership. Let me explain.

First, Facebook keeps getting into hot water because of the lines they’re willing to cross to make money. It’s not just Facebook, most massive (tech) companies do it, but it’s easy to single them out because they’ve made so many morally gross decisions. Like selling user data, exploiting teens who are feeling anxious or insecure, and even paying teens a pittance to watch and track their every move online. And, this is just what they’ve been caught doing. Who knows what they’ve gotten or are currently getting away with? Even with the bad PR, Facebook’s profit is unscathed, showing that we’re willing to trade our privacy and data for “free” use of their platform.

Second, the Like button specifically creates intermittent reinforcement to heighten our desire for social approval. This has been studied numerous times by behavioural psychologists, as a way to shortcut our dopamine system and make us take part in that behaviour far more than we should. As in, wanting social approval is a deep human need (we’re social creatures) and getting it at random intervals from people liking our status updates on platforms like Facebook, keep us anxious and compulsively seeking more.

Studies are finding that on average we spend 4 hours a day on our phones, checking them every 12 minutes—on vacation (it’s far more if it’s a work day). A lot of this has to do with “social” media platforms being built specifically to encourage checking them as often as possible for those bursts of dopamine.

Third, these platforms being called “social platforms” or “social media” seem to be a huge misnomer. Research indicates using them increases—not decreases—loneliness and depression. The Like button specifically heightens anxiety and decreases feelings of self-worth. We use these platforms because we seek validation and human acknowledgement and interaction, but never get it. So we come back (at least every 12 minutes). Looking for self-worth on these platforms is a false dichotomy—how can we increase “self” from external factors? How we can place any part of worth in the number of clicks we get on a heart after our updates?

Facebook’s own former president, Sean Parker, said their platform was “exploiting vulnerability in human psychology”. Facebook is easy to point at but every other platform like theirs, from Twitter to their Instagram, works the same way. Sean continued, “The short-term, dopamine-driven feedback loops we’ve created are destroying how society works.”

Interactions on these platforms feel like social interaction but since they’re not we continue to crave it and continue coming back. They shouldn’t be called “social networks” because they’re more exploitive than social. “Exploitive networks” sounds harsh, but it’s more honest.

Which begs the question, what do we do now?

Exits en masse sound great, as do digital detoxes, but going back to a Luddite life without tech seems a touch too far. Personally, I’ve spent years thinking about this subject. I don’t want to support or use platforms that are detrimental not only to my own mental health but to our greater social fabric. So I’m not on Facebook or Instagram. But I do use and enjoy Twitter (mostly because I use the platform to start conversations that continue off of Twitter). I really don’t have the answer to how we should deal with or use these platforms.

My favourite take on acknowledging and existing in a world where “social” media exists is from Farhad Manjoo of the New York Times. He suggests we do three things to deal with any new platform (or technology) that comes out.

I would add a final point, specifically in regards to “social media” and that’s to be aware. Specifically, be aware of:

These platforms like Facebook, with their “Like” buttons could easily save the world by connecting us all and showing us how similar we all are. Or, they could ruin democracy and everything good that exists, and turn us all into compulsive labourers of their technology, mindlessly feeding personal data to the algorithms for access, pulling their slot machines again and again.

If we’re craving human interaction, maybe we should stop looking for it through likes and what the algorithm gives us. Maybe instead of constantly wanting to refresh or check in we can slow down and listen. Maybe instead of using every free minute or every bit of space in the day we can relish in the beauty of actual solitude. Maybe having regular and lengthy doses of giving ourselves the space to think could be crucial for resilience, introspection and even creative insight.

And, maybe, instead that line in my book should read:

It was a hackathon that led to the creation of Facebook’s “Like” button, which arguably gives us more anxiety than we need and drives detrimentally compulsive behaviour, exploiting our freedom.

It doesn’t flow as nicely in the overarching story, but it’s a lot more accurate. 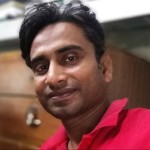 Blue is what most women liked about